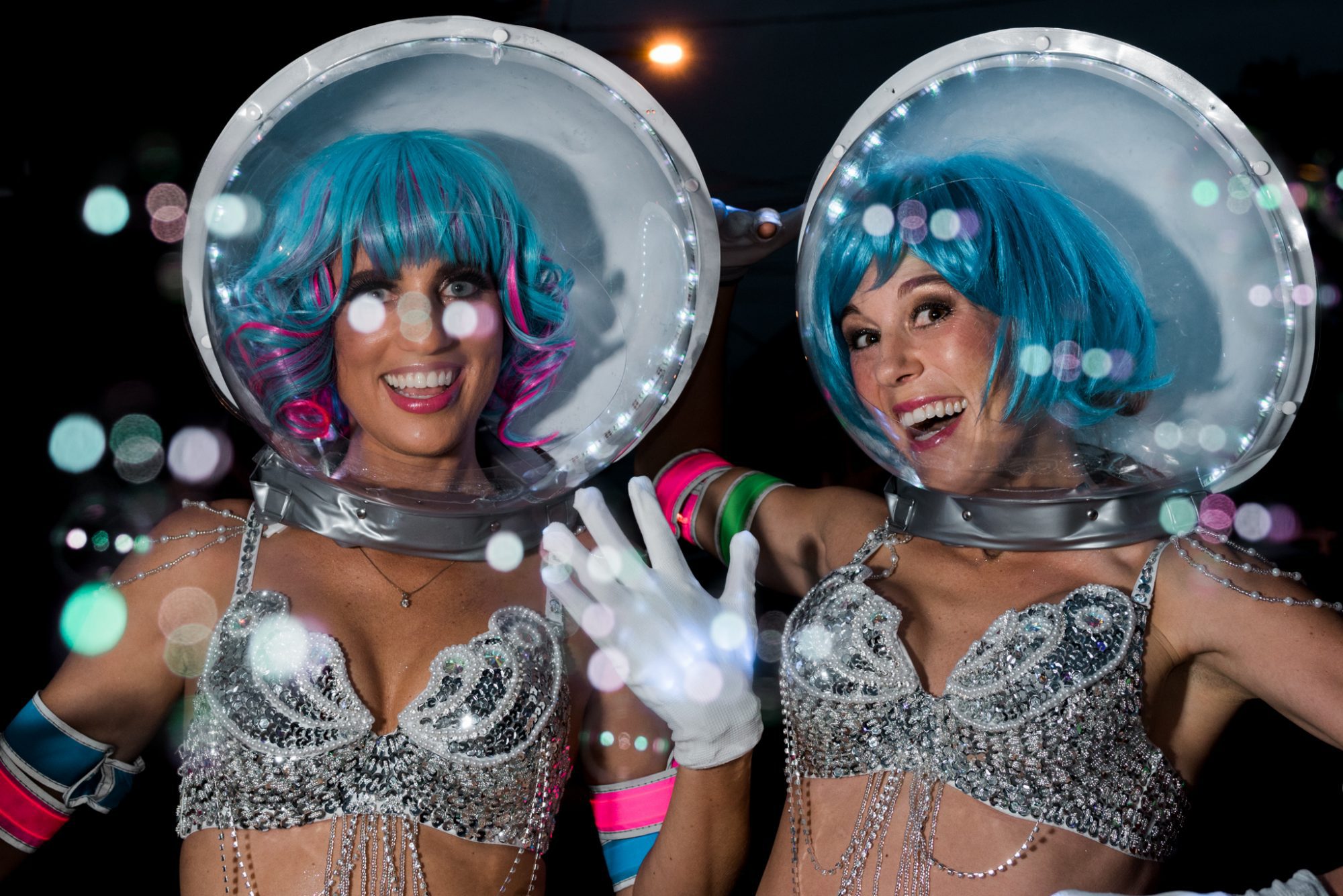 One of the first things that helped me get my start as a Key West photographer was Fantasy Fest.  People in costume, laughter, and creepy things fill the streets of Key West  the last full week of October every year.  Everyone and their brother becomes a photographer for the week, so the real challenge becomes getting photos that others don’t.  You walk the streets hoping to catch that glimpse of something unique happening, to tell the story of what is going on.  As a photographer in Key West this can be tough sometimes.

When I first started attending Fantasy Fest back in 2011 everything was all about the creativity.  It wasn’t about wearing as little as possible, with absolutely no thought in what went into the costume.  My first costume was an oversized B-boy outfit with a sparkly Tutu.  Yes at 31 I was wearing my first ever tutu, and then realized why it’s so normal for people in Key West to wear one.  I wasn’t a photographer at this point, and was just in it to emerse myself with good times, and hopefully some cell phone photos to capture the nights.  I started to see a photographer here and there, and then when doing the locals events started to see the photographers whom I would rub elbows with down the road.

Fast forward to 2016, Im a professional photographer, and I have half the amount of photos I used to get.  I never thought being a photographer at a large scale event like Fantasy Fest would be hard.  I never thought I would see the creativity lack, and the creepiness prevail.   Many of us who are locals agree, that we are pushing farther away from that creativity, and more on the side of flat out creepy porn.  So what I aim to do with these galleries, is show you what a photographer enjoys seeing during Fantasy Fest.  I aim to show you what I like to take photos of.  The galleries you see represented are ones that capture what Fantasy Fest used to be all about:  Creativity, originality, and FUN.  That three letter word you can still enjoy, while being cool and creative at the same time.

Key West Photographer Mike Freas is a freelance photographer based in Key West.  All of these images are property of Freas Photography.  For editorial use only.

My wedding collections are infused with consistent and creative technique, dynamic portraiture and bold photojournalism. I work with couples who are adventurous, creative and appreciate creative professional photography. They are inspired by and admire the art of visual storytelling. I capture those moments that will be cherished for years on end.
Contact Me