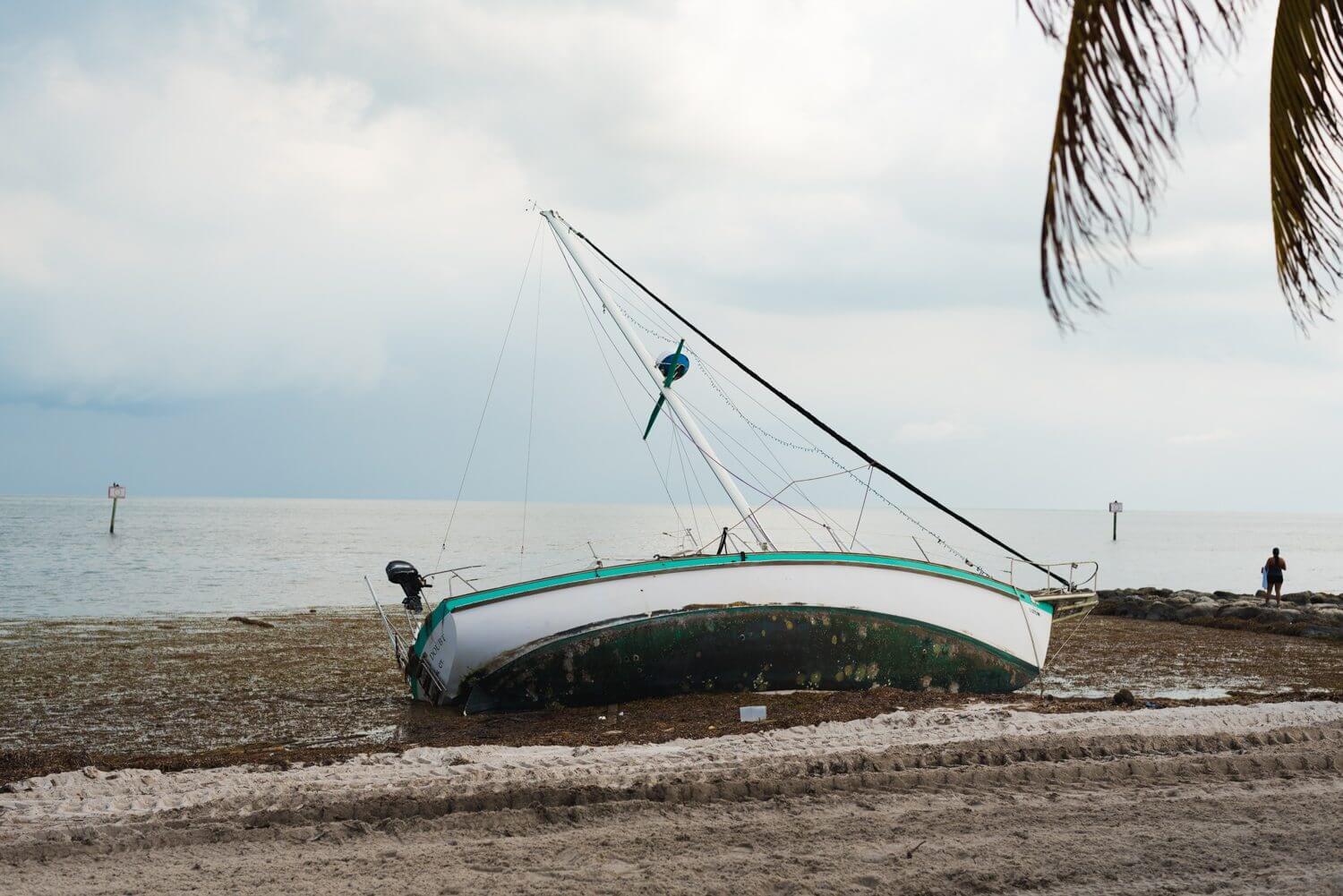 When the news of Hurricane Irma came, many evacuated.  I loaded my SUV up with my girlfriend and all of the important essentials needed for me to work.  Laptop, cameras, generator, etc.  I planned for the return.  I took her to Miami to get on a plane, and I continued to Winter Springs, Florida.  I was there to wait out the storm, and then be able to head back when I was able.  It was a safe place, and it was beautiful.

As I sat and watched the over-hyped media the day before, day of, and day after until we lost power I had many thoughts.  Many thoughts that scared me.  I was worried I would not see my home again.  I was worried my friends would be lost.  I was legitimately scared.  Why?  The media, the news, and the hype got to me.  I thought that there was no way they would overhype a situation this bad.  I was wrong.  2 days after the storm, I was on a plane with first responders, and I got to see it for myself.

I joined relief efforts with a non-profit organization called Aerobridge.  I gave them on the ground accounts of where relief was needed and helped with the social-media sourcing for donations and pilots.  With the reports from the media of Hurricane Irma’s path, its impact, and no communications coming out of Key West, I knew this was my way to give back to the island that has given me so much.  2 days after the storm, I am in a plane, on my way back to Key West worried sick.  Was it really going to be as bad as what I was seeing and hearing?  Why couldn’t people communicate with us?

We landed in Summerland at a private airstrip.  We started offloading supplies, and formulated our plan for assessments.  I was there to also assist a telecommunications company get data services up and running to a couple of hospitals and many businesses in Key West.  This was going to give me first hand accounts and views, that many were not seeing who had evacuated.  My first impression was definitely not as bad as what the media was portraying.

The breakdown that I can offer is this.  2 days after the storm there was no communication because towers didn’t have power.   No power for the servers and uplinks, means no cell service.  The only early communication was via satellite phone or old school land-lines. I made sure to get the correct message out immediately that it wasn’t as bad as everyone thought.  Key West was still there after Irma.  A few days later AT&T had temporary towers up and running and cell service started popping up.  I had internet at my house 1 week after the storm with power and water.  Quite the contrary to what the news media would tell you.

The first supplies started streaming in.  Many Key West residents evacuated to Central Florida and were on hand to help out with the supply loading and unloading at our Lakeland staging point.  Hurricane Irma helped showcase why Key West residents are who we are.  Community driven people!  A big thanks to the 82nd Airborne Division as well for showing up with water and helping restore the keys.

The first thing that you would notice is that trees were mainly down in Key West.  That’s it.  The vegetation was brown, it felt dead, but then a thought hit me.  Remember when you were a kid, and you found your first mud puddle.  You jumped in it until you parents caught you and made you stop.  You were nasty, covered in muck.  Then you took a shower and were all good.  The same thing will happen to the green.  It will be back before you know it!  It just needs its own spa day aka “fresh water/liquid sunshine.”

I noticed power lines down, but that is to be expected.  It wasn’t the destruction that the media labeled as KEY WEST.  Just look closely at a few of these images.  If Key West was destroyed by Hurricane Irma, then how in the world are Sunset Key waterfront homes still standing?

First responders were everywhere.  Keys Energy was on every street restoring power.  Florida Keys Aqueduct Authority was working their butts off getting water restored and broken lines repaired.  The Army was helping deliver aid.  The Key West Police Department was escorting fuel tankers, the Key West Fire Department was ready for the call.  Everyone was working cohesively to get the town of Key West back up and running!  That sense of community was in the air!

After my week of help, successful missions, it was time for me to head to New York for a planned trip.  I turned on the TV this morning here in NY and noticed that EVERY news story that is coming out on The Florida Keys & Key West is showing Middle Keys damage as Key West damage.

The story opens up with damage that I 100% know is on a dead end street in Sugarloaf (i saw 10 different crews filming there in the week after Irma. Image below). It goes on to show drone footage (which wasn’t allowed) of the damage and then a couple clips of downtown Key West being empty days prior to the storm.  I studied all of this drone footage which uses ONLY ONE clip of Key West.  The rest is of the hardest hit areas from Islamorada south to Cudjoe.  All false reporting and media lies of geographic locations.  Just like this photo below.  This is at MM 21, yet if you go back and watch this report, they say they are in Key West.  20 miles away, and a completely different story.  Again, NOT KEY WEST!

I have been to multiple places this past weekend in New York, and I have heard interesting accounts of info towards the Keys. I went to a farm stand this morning and the owners stated “didnt Key West get destroyed?”  Im sure it will continue the rest of my trip.  I feel its important to state I am from Key West, and that Hurricane Irma did not destroy my island!

Yes parts of the Keys were hit hard. They have a road ahead, but they are embarking on the journey of rebuilding. Key West is NOT THE ENTIRE FLORIDA KEYS!  Contact the Keys Vineyard Church if you would like to help!  Many residents need help in the middle and lower keys still!  They have been leading the push for relief in that area!

As much as I hate cruise ships, we had one show up with TOURISTS yesterday! Check out the TDC post on Facebook.

The national news media is hurting us (ABC News, CBS News, CNN, Fox News, MSNBC), as I am having to field many phone calls with couples thinking their wedding’s aren’t going to happen. Everyone thinks that Key West was wiped off the map, which is not true as any resident can tell you!

If you are considering not following through with a trip, a vacation, or your wedding I offer this tip. Pick up the phone, have a 1-on-1 with your vendors. I can assure you that what you are seeing on the news, and what is the REALITY, are completely different.

Freas Photography is open! We are ready to be a part of your day!

I ENCOURAGE YOU TO SHARE THIS WITH EVERYONE! CORRECT REPORTING IS SOMETHING THAT HAS TO BE DISTRIBUTED.